Modern States’ Most Prolific Scholar, and a ‘Hard to Kill’ College Success Story 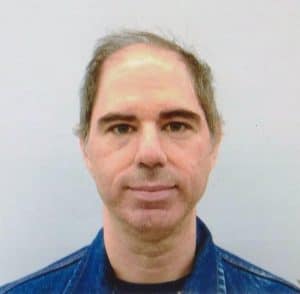 That’s how many of the College Board’s College Level Examination Program (CLEP) exams Elliot Rosen passed after taking Modern States courses, what we believe is the most of any learner since the founding of our philanthropy almost four years ago*.

A 51-year-old from Erial, New Jersey, Rosen completed his coursework at Thomas Edison State University (TESU) and soon will receive his diploma, having earned 66 credits by passing CLEPs. His savings: more than $25,000 in tuition costs at the Trenton, New Jersey, school and thousands more in CLEP exam and test-center fees, which Modern States covers for those who complete our courses.

Rosen’s path to a college education was circuitous, making him a perfect role model for anyone who’s ever wondered if it’s too late to go back to school.

In what is a familiar story for many, his high school years weren’t what he hoped they’d be due to an unstable learning environment amid a family that “kind of broke up.” He changed schools but struggled and eventually just decided to enter the workforce.

“I tried going to community college a little after that, and I didn’t have a good experience,” Rosen said in an interview. “But you know what they say: `Ideas are hard to kill’.”

The college idea resurfaced almost 30 years later, after hearing from old friends about their high school reunion and what classmates had achieved.

“Some were doctors; some were lawyers,” Rosen said. “They were pretty successful.”

An FCC-licensed amateur radio operator, Rosen spent most of his career working for computer reseller MicroWarehouse. Needing some college credits for the job early on, he’d taken three CLEP tests in the 1990s and earned credit at TESU (which at the time was known as Thomas Edison College). So, in thinking about returning to school in late 2017, he looked to see if both were still around.

That’s when he learned about Modern States, our online library of free college-level courses that help prepare students for the CLEPs. TESU is among the more than 2,900 schools that grant credits when students pass CLEPs, and it has worked with Modern States for years.

Modern States and New Jersey earlier this month announced a pilot partnership to provide students across the state with the opportunity to earn free college credit for demonstrating college-level mastery. TESU, which values self-directed learning, is a partner in the initiative, having already seen its value through learners such as Rosen.

“I applaud this Modern States partnership as it provides study materials and free exams at a time when numerous adult students are struggling financially,” said Dr. Merodie A. Hancock, the school’s president. “For our students, many of whom started college earlier in their lives, but never finished, or who need a new degree to advance their careers, this is a chance to fulfill that dream.”

And fulfill it Rosen has. Having completed too many Modern States courses to cite them all here, he did so with the benefit of some important adult wisdom: the understanding that education is about more than earning credits.

Carry It With You

“You can carry it with you if you pay attention,” Rosen said of the knowledge he’s gained by returning to college. “If you’re just out to get credit and points and things like that, you’re just short-changing yourself.”

Rosen said he even used our psychology courses to dig into his childhood troubles, enabling him to be successful now. “I learned what effects that type of environment has on your learning,” he said. “I learned a lot about myself.”

Rosen said he also retained most of the information he learned in our Introductory Business Law course, contributing to his current interest in becoming a lawyer.

“I see a lot of people being taken advantage of simply because they don’t understand the law,” Rosen said. “If you know the law, you can help people and help yourself. You can stand up for your rights.”

*Have you completed more Modern States courses than Elliot? If so, reach out and we’ll also tell your story. That said, the bar is set high and we couldn’t be more happy for him.