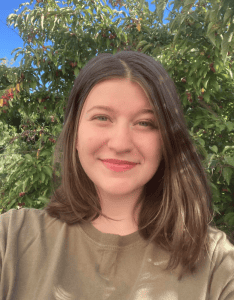 Figuring out what you want to do with your life isn’t easy, and it can be awfully expensive when you guess wrong.

Many people enter college with no idea what their passion is or what career path best suits them. Often, they choose a major that doesn’t pan out, wasting a lot of time and money in lost credit hours.

If you’re unsure of the occupation you want to pursue, or even if you’re trying to figure out whether college itself is for you, consider taking one of the 32 free college-level courses offered by Modern States, our philanthropy that helps learners prepare for the College Level Examination Program (CLEP) exams. Passing CLEP test scores can be used as credit at more than 2,900 colleges and universities, and at Modern States, we not only provide free courses; we also cover the costs of taking CLEP tests.

Emma Vercouteren, a 20-year-old homeschooler from the Chicagoland area, is one student who found her career focus with help from CLEP and Modern States. She is now a semester away from graduating – a semester early – as a business major at Thomas Edison State University, a popular online school based in New Jersey. Vercouteren took about 15 CLEP tests after studying through Modern States and estimates her entire college experience will cost about $10,000.

“If you’re motivated to graduate debt free and maybe faster, it would be dumb not to go to Modern States,” she said. “I wish people knew more about CLEP and Modern States.”

As for her journey, when she graduated high school, Vercouteren didn’t know what she wanted to do, so her parents suggested she get her associate’s degree.

“At my community college, I took an entrepreneurship class and that’s when I realized, `Ooh, I do like business,’” she said. “Then when I took the Marketing CLEP test, it felt kind of intuitive for me. So, that helped me narrow my focus down even more.”

Vercouteren took two Modern States courses before high school graduation and then spent the next two years taking the rest as part of fulfilling her associate’s degree requirements at Elgin Community College. Thomas Edison also accepted some of her CLEP credits within its business major.

In Vercouteren’s view, Modern States and CLEP are perfect for self-motivated students, as success with them does require some discipline. The courses she took varied in difficulty, with Financial Accounting, for example, requiring a semester’s worth of studying, and Humanities just a couple of weeks.

“A lot of the material I learned in high school, so that is why it’s really great for the CLEP test,” she said. “A lot of people know this stuff already. It’s not like they’re teaching themselves from scratch.”

Vercouteren currently works with a tax accountant as an administrative assistant, is actively seeking an internship, and is filled with entrepreneurial spirit.

“I would love to start my own business one day,” she said. “I’m pretty creative, so I think content creation would be a lot of fun, but I don’t know what that would look like.”

Wherever her career journey takes her, Vercouteren is excited for it and already headed in a direction that really embraces her passions.

And, of course, it certainly doesn’t hurt that she’s debt free.