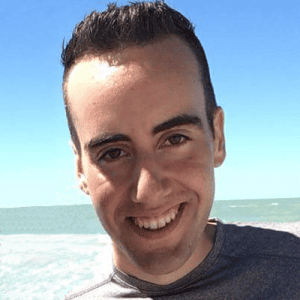 Asked how much money he spent on college, Tim Hellwig responded: “That’s the million dollar question right there.”

“It only ended up costing me about $1,000 for a 120-credit, four-year computer science degree,” Hellwig, 28, said in an interview. “That’s insane, right? No one expects that but it’s what education should be like and it’s achievable for people who don’t want to spend 50 grand or more each year for these name-brand universities.”

Here’s how he did it.

More than half of those credits, about 60-70, Hellwig earned after taking Modern States’ online courses tied to the College Board’s College Level Examination Program (CLEP).

A philanthropy, Modern States offers 32 completely free online courses that prepare learners for CLEP. Passing CLEP test scores can be used as credit at more than 2,900 colleges and universities. Modern States not only provides free courses, it also covers the costs of taking CLEP tests.

Today, Hellwig is debt-free and working in machine learning with a computer science degree from Thomas Edison State University (TESU).

Hellwig, from Tampa, Florida, graduated high school in 2011 with a dream of becoming a lawyer, though a year in a paralegal program helped him realize it wasn’t the right career path.

Raised to be careful with money, he knew following his friends’ path of spending 10s of thousands of dollars to enjoy the college experience wasn’t the right move, so he began working, in sales and office jobs, and in hospitality as a bartender and waiter. Eventually, he decided to focus on computers, which he had enjoyed as a teen.

Hellwig did his research, spending a full month putting together a spreadsheet of different schools and costs associated with online learning. He settled on New Jersey-based TESU, which is among the schools most accepting of CLEP, and thoroughly investigated ways to inexpensively earn the other credits he’d need to graduate.

Perhaps nothing, however, saved him more money than Modern States.

“The first six to eight months of earning my degree was Modern States non-stop,” said Hellwig. “For most of them, I was going at the pace of one every week or week and half, and I wasn’t just passing these courses. Modern States prepared me very well for what was on the tests and I think that’s important to share with anyone wondering how effective it is.”

Hellwig also received a Federal Pell Grant that he said saved him about $6,000, and used an American Opportunity Tax Credit to save further. Upon graduation in spring 2021, he got a job working in machine learning and research for a small startup, and enjoys it so much he also has his own machine learning projects at home.

“When you have a job you enjoy and you’re not saddled with debt, you can live on less and have a much happier life,” he said.