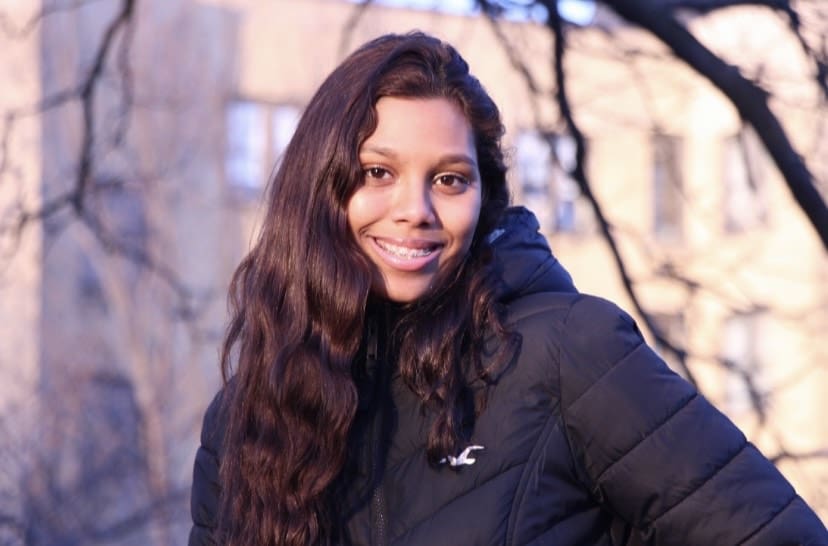 Scarlet Almanzar, a motivated student who in 2020 graduated from The Young Women’s Leadership School in the Bronx, was looking to build college-level confidence last summer when she turned to NYC x Freshman Year for Free (NYC x FYFF).

“I wanted to know what level of difficulty the college curriculum was going to be,,” Almanzar, 19, said in an interview. “Starting college was a whole new experience, and it was like I already knew what it was going to be.”

Created by our philanthropy, Modern States, NYC x FYFF arose out of the recognition that the COVID-19 pandemic had the potential to end the college dreams of a generation of high school students. They could be lost to higher education forever.

The program offers students from select New York City public schools and TheDream.US scholars the chance to earn college credit — and cash — by taking our free online courses and passing the corresponding CLEP exams offered by the College Board. We sweeten the incentive by covering the exam and test center fees, and giving NYC x FYFF students at least $150 for each exam they pass.

More than 2,900 colleges and universities accept passing CLEP scores as credit, saving students time and money as they pursue their degree. That said, the most valuable aspect of NYC x FYFF is to keep high schoolers — so many of whom are beset with pandemic-related education delays and other previously unimaginable burdens — on a college track. We want to make it as easy as possible for them to get to college, and to have the confidence to take it on when they arrive.

Almanzar, for example, already knew she was going to City College of New York (CCNY) when her high school guidance counselor told her about NYC x FYFF. While CCNY does not allow CLEP credits to transfer, that didn’t deter Almanzar from participating. She took our History of the United States I and Spanish Language courses and passed both CLEPs.

“Modern States is very similar to college, listening to a lecture and having to do most of the work on my own,” she said. “City College wasn’t going to offer me credit but it was still a nice way of getting that preview of what college classes were going to be, and it was very interesting.”

Almanzar, who did receive full financial aid at CCNY due to her family income, made the commitment to NYC x FYFF despite having an exceedingly busy schedule. She looks after her 6-year-old sister, Ruby, and 4-year-old brother, Ryan, allowing her parents to work. She’s also employed part time as a brand associate at Gap, and now, as a college freshman, is a member of CCNY’s Dominican Student Association and History Society.

Taking our courses certainly gave Almanzar the confidence she needed entering CCNY, and she also learned that, while she had a lot of previous knowledge of U.S. history and Spanish, she would have struggled to pass the CLEPs without NYC x FYFF.

“What made it helpful was how in-depth the classes were,” she said. “There were questions on the CLEP tests I wouldn’t have been prepared for if I hadn’t taken the Modern States classes.”

Clearly, Almanzar’s dedication to learning is admirable, though so is her commitment to self-discovery, as the NYC x FYFF courses led her down a road she herself didn’t initially envision. After entering CCNY as a chemistry major, she realized — with help from our courses — that what she really wanted to focus on was history.

It’s now her major, and she’s minoring in Spanish.