How to Enter College as a Debt-Free Second-Semester Junior 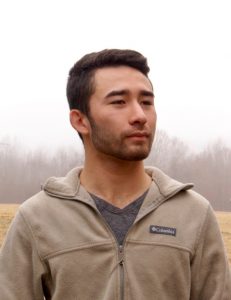 Hill, from rural Crewe, Virginia, in December earned his bachelor’s degree in business management from Charter Oaks State College, a Connecticut-based online school that — other than a good education — offered him exactly what he was looking for upon graduation: no debt.

Charter Oaks is among the more than 2,900 schools that grants credits when a student passes one of the College Board’s College Level Examination Program (CLEP) exams. In fact, Charter Oaks is so flexible with allowing these credits to transfer, Hill entered college as a second-semester junior, having completed an impressive 18 CLEPs. He graduated a year and a half later.

“I am a learner; I enjoy it greatly,” Hill, who is working in the project management field and considering a master’s degree, said in an interview. “Part of the reason I wanted to do this so early was so that I’d have a little bit of a head start to take a gap year and figure things out.”

A homeschooler, Hill began looking into college classes in 2017 as a 15-year-old high-school sophomore. He found CLEP and took a few of the exams, though had to work hard just to find the resources needed to understand the subject matter. A few months later, Modern States’ Freshman Year for Free program debuted, offering Hill the free, unified platform he had been missing.

“Without Modern States, I was scrambling around for every book I could find, YouTube videos and stuff,” he said. “With it, I had a college professor who had a lot of experience, who knew the CLEP material inside and out and knew how to use real-life examples.”

Among the 15 Modern States courses Hill completed were College Mathematics, Natural Sciences, Financial Accounting and Intro to Business Law, a class he was “not excited to take” that became his absolute favorite.

Intro to Business Law is taught by Paul Schiff Berman, one of the world’s foremost theorists on the effect of globalization on the interactions among legal systems. Having served as vice provost for online education and academic innovation at George Washington University from 2013 to 2016, his next effort was to create this free course, which absolutely anyone can take at whatever time suits them best.

“Professor Berman was extremely engaging, had a very inviting attitude and wanted people to learn,” Hill said. “Law is not my cup of tea, but that course gave me a very broad understanding and helped me do well on the exam.”

A philanthropy, Modern States pays the $89 CLEP exam fee as well as local sitting fees for anyone who completes our free online classes. Hill passed every CLEP he took after studying with us, saving $22,000 on college tuition and another $1,350 in test fees.

“Student loans are a burden for so many people,” he said. “It lifted a huge burden off of my shoulders and my family’s shoulders, to pursue something that I loved and enjoyed, and that I would hope will further my life’s calling.”

It’s also no surprise that Hill has diverse interests to match his love of learning. He’s part of his church worship team, is a foodie, a huge music fan and has recently taken up Brazilian jiu jitsu.

And with college out of the way before turning 20, he’s got the time and money to enjoy it all.