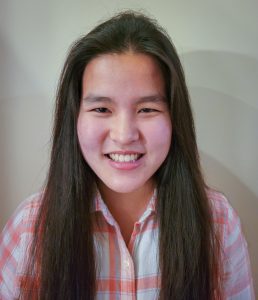 Advanced Placement (AP) courses help many high school students get ahead in their studies, though only if their schools participate in the program. Modern States exists for everyone, including AP students.

A philanthropy, Modern States offers 32 completely free online courses that prepare learners for the College Board’s College Level Examination Program (CLEP). Passing CLEP test scores can be used as credit at more than 2,900 colleges and universities, and at Modern States, we not only provide free courses; we also cover the costs of taking CLEP tests.

The availability of CLEP proved vital for Hannah Stanley, who didn’t have access to AP courses at Walton-Verona High School in Independence, Kentucky. The only AP course Walton-Verona offered was Calculus AB, and only for juniors and seniors. AP classes are only offered through high schools. The AP exams are only available once a year and only to high school students. CLEPs can be taken by anyone of any age, and anywhere at any time.

Stanley, now 16, was a sophomore when she applied to the Craft Academy for Excellence in Science and Mathematics, a dual-credit program for academically exceptional Kentucky students that operates on the campus of Morehead State University. She was accepted and – though she is still enrolled at Walton-Verona – as a junior began life as a college student, living with other Craft students in a dorm at Morehead State.

“When I came to Craft, all the other students had all these AP credits and if it weren’t for CLEP, I would have come in with no college credits and I would have been behind the others,” Stanley said in an interview. “Because of CLEP and Modern States, I was able to not only take these tests for free but, to be able to CLEP out of so many classes that are gen-eds, I’m able to focus on the classes I want to take to further my career.”

Stanley took 10 CLEP courses through Modern States, passing the correlating exams to earn 38 college credits. With the addition of her Craft credits, she’ll enter college likely needing about a semester to earn her undergraduate degree.

She is considering applying to the University of Louisville, which charges $499 per credit hour. Her 38 Modern States credits would translate to $18,962.

“This is a huge burden off my shoulders because both my parents are teachers,” she said. “We’re not millionaires or anything.”

Though she’s already living the college life – friend-filled and independent – Stanley readied herself for college-level learning through Modern States. Our courses, available 24/7, were designed from the start to be engaging online, with correlating text and practice questions. They are taught by professors from some of the top schools in the country. Stanley’s favorite was History of the United States II, taught by Columbia University professor Dr. Stephen Sullivan.

With her freshman-level courses now out of the way, she’s thinking toward a future that might include pre-med. Becoming a doctor generally requires eight years of college and seven of residency, a daunting task that Stanley’s already cut into.

“It’s a lot of education, so getting this head start can mean a lot for me,” she said.

Stanley already means a lot to our team at Modern States. She was introduced to our philanthropy by a Walton-Verona teacher, though the teacher didn’t know we also provide vouchers to cover each $89 CLEP test, and reimburse students for related test-center proctoring fees. It’s an incentive that’s helped us grow to more than 300,000 users.

“Now the entire school started to do the CLEPs through Modern States,” Stanley said.

Is CLEP right for you? Come find out.